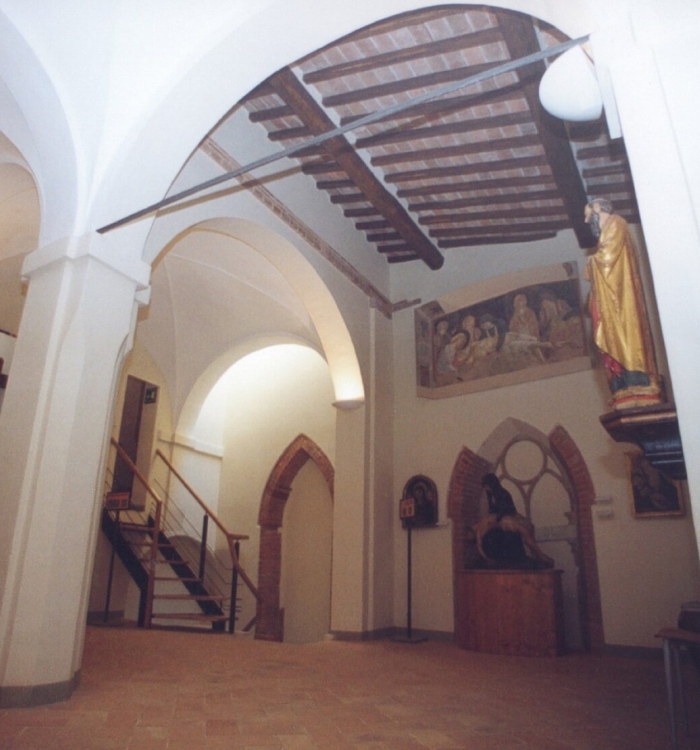 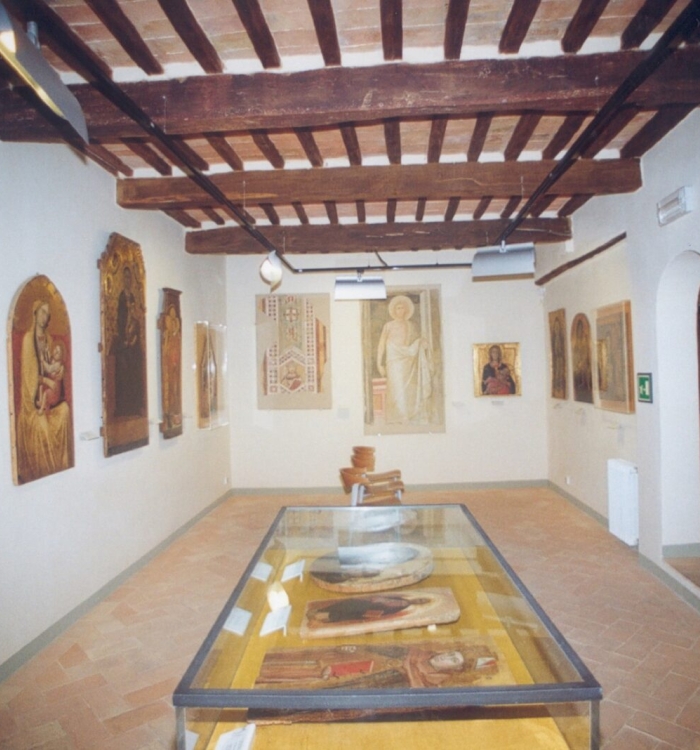 The Oratory of San Bernardino, already recorded in 1273, has undergone numerous subsequent restoration and completion works until its present configuration with two chapels one on top of the other, Lower Oratory and Upper Oratory, richly decorated with works by Giovanni d’Agostino, Beccafumi and Sodoma.
The restoration of the adjacent rooms made it possible to set up the Museum of Sacred Art, which preserves works by well-known Sienese artists including the Madonna del Latte .

The opening of the new Halls, former storerooms and service rooms, made it possible to create a museum itinerary that through a characteristic passage at the back connected the various rooms from the cellars to the attics rediscovering and enhancing the volumes and interconnections of the spaces.

Works coeval with or just preceding the architectural envelope find their ideal location in the rehabilitated rooms.